In 1948 the USSR blockaded Berlin in an attempt to enforce compliance with their wishes for the city. The Western Allies responded with a successful airlift that ensured the survival of Berlin's population. How many flights were involved?

The Berlin Blockade (24 June 1948 – 12 May 1949) was one of the first major international crises of the Cold War. During the multinational occupation of post–World War II Germany, the Soviet Union blocked the Western Allies' railway, road, and canal access to the sectors of Berlin under Western control. The Soviets offered to drop the blockade if the Western Allies withdrew the newly introduced Deutsche mark from West Berlin.

fishrmn
Was 6mths old when the flights began. My father was a loadmaster for the RAF then. Had said he made over 100 flights to Berlin.

Michael Johnston
Wow did not Know that

dlh
I knew about this action but not the number of flights! Way under guessed. Joan McLeod
My Dad flew a plane in the Berlin airlift. I never knew it was that many flights!

balegal debby
I misremembered the history learned while stationed in Germany (before the wall fell).

Joseph A. Robitaille
They had to fly over the hump a very dangerous event to do at this time.

George Oliver Prince
That was a really tough landing, not much airspace to land, 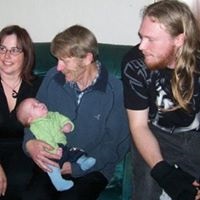 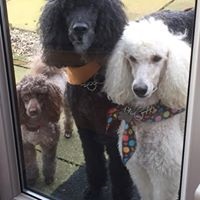 Grant McIntosh
All 4 answers are incorrect. About 300,000 would be more accurate. Rod Peel
There were more than 300,000 flights. My Uncle was one of the pilots!
Author:
Frank Cowell
Writer