In 1996, which country's army became the last in the world to disband its carrier pigeon service?

In World War One, carrier pigeons were used extensively to relay messages back and forth between units. They are credited with helping to save the lives of thousands of servicemen and influencing many key moments in the conflict.

More than 100,000 served with British forces in the earlier war, performing a variety of roles, and with a success ratio of 95 per cent in getting their messages through. On the Western Front, the birds were kept in mobile lofts – either horse drawn or mounted on lorries or London buses – behind the front line, before being taken to the trenches in wicker baskets when required. Many countries used pigeons during the war, including the U.S. signal corps, France, England and Germany.

When released, they usually brought down a hail of enemy fire, as the enemy tried to bring down the birds and stop their messages getting through. Even more birds served in the Second World War, and pigeon food had to be rationed. The birds were carried on all RAF bomber and reconnaissance aircraft, to be released should the crew be shot down.

It was not until 1948 that the military decided it had no use for the birds, while the Swiss army did not disband its pigeon section until 1996.

Chriss Crockford
I hate to see our humble pigeons being chased &amp; abused. People don’t realise how Important they were in the war.

Vince Savage
I remember hearing this on a news feature.

Marian Spitzig
Have heard ISIS May have gone back to using them. 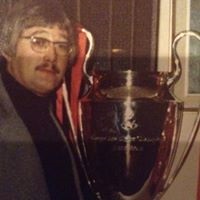