In 2016, who was involved in the the latest British football child sex abuse scandal?

A child sexual abuse scandal involving the abuse of young players at football clubs in the United Kingdom began in mid-November 2016. The revelations began when former professional footballers talked publicly about being abused by former coaches and scouts in the 1970s, 1980s and 1990s.

The initial 2016 allegations centred on abuse of young players at Crewe Alexandra and Manchester City due to the clubs' associations with Barry Bennell who, on November 2016, was charged with new offences.

By July 2018, 300 suspects were reported to have been identified by 849 alleged victims, with 2,807 incidents involving 340 different clubs. Fifteen men were charged with historical sexual abuse, 14 of whom were tried.

Michael Carson took his own life before his trial opened. Experts say at least 80 sports clubs may be affected.

gillysamy
Meant to be a lighthearted trivia website to forget about the horrors in this often sick world. WHY IN EARTH WOULD SOMEONE PUT THIS AS A QUESTION?!!!

Sally Downie
Very inappropriate question, how do you know one of their victims of their family members aren&#39;t quizzers? I would be horrified if I was involved in some way and came across this question on what is supposedly a Trivia site! Karen Wallace
Poor taste.... how was this question allowed????

Denise Currie
Disgusting people. I don&#39;t think this type of question should have been approved to go through, very bad taste

Margaret O&#39;Neill
Oh for goodness sake! Really? Do we need this kind of question in a quiz? 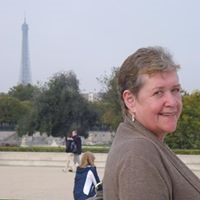 John Pugh
Should we really have questions about sex offenders?!!!!

Player
Not appropriate for this kind of quiz. Absolutely disgusting question.

Grant McIntosh
I think that everybody&#39;s probably reported this question, yet it&#39;s still being published. Says a lot about QuizzClub.

Grant McIntosh
How the hell was this question allowed ? This is disgraceful and totally inappropriate for a quiz site.

Alan Waites
The question has been reported

Alan Waites
My immediate thoughts are the same as the others, completely inappropriate. Image if one of their victims were doing this quiz.

deborahpmercer
Sad business. But there have to be questions on serious stuff too.

David Roy
This Q is not only in questionable taste but poorly worded. As 2016 is used to define the timescale, &quot;latest&quot; is at best redundant and may in time prove to be incorrect. You also have &quot;the the&quot;, which is sheer carelessness.
Author:
ALPHA
Writer