U-1206 had short and somewhat ignominious service life. This type of U-Boat was equipped with a new type of toilet designed to allow the submarine to dive deeper and avoid Allied attack. It was a very complicated high-pressure valve system which required special training to use them. It led to the disastrous end of U-1206.

The submarine departed from Karljohansvern, Norway for a one-day patrol on 2 April 1945; its first (and only) active patrol began on 6 April when it departed from Kristiansand. On 14 April, while U-1206 was cruising at a depth of 200 feet (61 m), 8 nautical miles (15 km; 9.2 mi) off Peterhead, Scotland, misuse of the new toilet caused large amounts of water to flood the boat. According to the commander's official report, while in the engine room helping to repair one of the diesel engines, he was informed that a malfunction involving the toilet caused a leak in the forward section. The leak flooded the submarine's batteries (located beneath the toilet) causing them to release chlorine gas, leaving him with no alternative but to surface. Once surfaced, U-1206 was discovered and bombed by British patrols, prompting the commander to scuttle the submarine. One man died in the attack, three men drowned in the heavy seas after abandoning the vessel and 46 were captured.

anthonygriffin
The idea of a toilet sinking a boat of any kind is serious business. I served aboard submarines during my Naval career. The opening &amp; closing of values of any kind onboard those boats are a matter of life &amp; death while at sea. Bryan Eddy
Oh pooh. I got it wrongly. Peggy Jolly Weaver
I got it right!! By accident...I chose the most outrageous answer. Lucy L Grayson
I should have known. Pretty sure the British cracked the Enigma code. 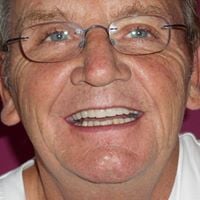 Dave Oakes
Even to consider that the Americans cracked the enigma code is sacrilege. The Enigma code was cracked by Alan Turing and British housewives among others at Bletchley (Bucks). John Littlechild
The Americans did NOT crack the enigma code. Britains Alan Turing did.

jeff grinsgo
Does anyone give a Schlitt? (U boat captain) Jacqueline Tattam
Can’t believe so many chose the AMERICANS cracked enigma! Ever heard of Bletchley Park and Alan Turing - a Brit!

Diana Newman
The Americans did NOT crack the Enigma Code, the British did. A man called Alan Turing born 23 June 1912 in Maida Vale, London, working in Bletchley Park, Buckinghamshire, England, devised the techniques which cracked the German Enigma Code, it shortened the war by two to four years. Adrian Fisher
The Americans DID NOT crack the Enigma Code!

Ramrod
Wow, this one has been around for a few days, may have even seen it before

Lee Smith
wrongly not a word Christine Gardner
OMG..... really didn&#39;t think of that one

Syed Hussain
Who in God&#39;s name, would even think of such an explanation? Not a joke ,eh?

Sue Grayson
Picked that because I thought it couldn&#39;t possibly be the answer...and got it right!

Peggy Tinsley
Dave Oakes, shut up, we did some great things too!

Peggy Tinsley
John Littlechild, OK&lt; OK, we got it, stop with it
Author:
Frank Cowell
Writer