In Doctor Who, the Doctor was exiled to earth by the Time Lords. During which actor's stint playing the character did he spend most of his time on earth?

Following the defeat of the War Lord's allies, a triad of Time Lords tried the Second Doctor (Patrick Troughton) for violations of their non-interference policy.

Unbeknownst to the Doctor at the time, the Celestial Intervention Agency stepped in and appealed for a stay of execution.

The Time Lord tribunal said that they would sentence the Doctor to two punishments: Exile on Earth during the late 20th century and an involuntary regeneration into a new, less-recognizable incarnation (Jon Pertwee). 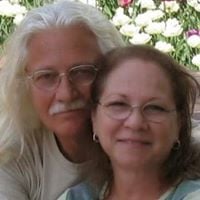 sailpappy
Dann Reardon, I guess this question is relevant to those of us who actually learn through being asked questions on subject&#39;s we aren&#39;t familiar with!, I didn&#39;t watch Dr. Who often, I made an educated guess and answered correctly, this is entertainment and not education!

Sean Philips
Richard S. Levine, the question wasn’t who played the role for the longest time, it was which incarnation spent the most time on Earth- the answer is correct, John Pertwee.

Malcolm Rosenberg
Noreen Sochowski, I guess you could ask Doctor Who?

Alan Waites
Grant McIntosh, Tom Baker&#39;s Doctor was free to travel wherever, wheras the 3rd Doctor spent most of his stories exiled on Earth until the Cardinals gave him back the ability to travel in the TARDIS.

Carole Cottrell
I don&#39;t understand any of this!

Grant McIntosh
So how long did he spend on earth, compared the other actors in the role ? Saying the late 20th century, doesn&#39;t mean a thing. Tom Baker was the actor who spent the longest time as Dr Who.

Chris Braid
Guessed right! Did not really have a clue, just remembered Pertwee&#39;s Doctor from my childhood.

Ian Swindale
I agree these quizzes are for entertainment first although we can all learn from them. I enjoyed the Dr Who series when the Daleks were involved but after that I felt it rather became somewhat dull

bvspurrell
Majority also did not work for me. Guess the question was too obscure.

skipsmart
Never heard of the show/movie Geoff Doherty
Jon Pertwee&#39;s Dr. Who had a granddaughter in the show so I based my answer on that.

Lori S. Jansen
Jon Pertwee&#39;s era was Who&#39;s attempt at the Bond themes - lots of techno-gadgets and such. He worked closely with UNIT and had several assistants (Dr. Liz Shaw, Jo Grant &amp; journalist Sarah Jane Smith). Mostly though, the Doctor was extremely aggravated and frustrated by what he deemed the High Counsel&#39;s high handedness, given they would let him take the TARDIS out only when *they* had a chore for him to do (i.e. The Mutants and the Peladon stories).
Author:
Pete Sowerby
Writer