In Norse mythology, who was represented as the companion of the great gods Odin and Thor?

Loki, in Norse mythology, a cunning trickster who had the ability to change his shape and sex. Although his father was the giant Fárbauti, he was included among the Aesir (a tribe of gods). Loki was represented as the companion of the great gods Odin and Thor, helping them with his clever plans but sometimes causing embarrassment and difficulty for them and himself. He also appeared as the enemy of the gods, entering their banquet uninvited and demanding their drink. He was the principal cause of the death of the god Balder. Loki was bound to a rock (by the entrails of one or more of his sons, according to some sources) as punishment, thus in many ways resembling the Greek figures Prometheus and Tantalus. Also like Prometheus, Loki is considered a god of fire. John Butcher
This is incorrect. Loki was not a companion. Not only was he a fellow god, he was hardly Odin and Thor&#39;s companion and was destine to fight against them. Stop using movies as literature.

John McLardie
From a Damish website: https://norse-mythology.net/loki-the-trickster-god-in-norse-mythology/. Loki was NOT a companion of Odin or Thor. 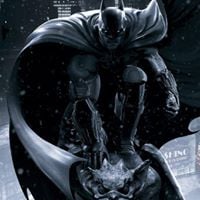 Mr.LaFaye
According to this, it is correct. https://www.britannica.com/topic/Loki Doing a Google on this, I did find other sites that said this as well as others that said he was not. Maggie Mae
LOKI WAS A GOD IN HIS OWN RIGHT!!

Kaleela
He was the adopted son of Oden and thus brother to Thor. Not a companion

ldross
I thought Ymir was a companion of the gods! Loki always came across as an antagonist. Paul R Hanna
wrong ! if question read &quot;in movies&quot; it would be closer but still wrong