In the 'Ice Age' films, what type of creature is Manny?

Manfred "Manny" is a woolly mammoth that appears in all five 'Ice Age' films. He usually seems grumpy, sarcastic and standoffish, but also has a loving and courageous side In the first film (2002), the audience learn his wife and son were killed by humans, which may explain his offish personality. Fortunately, Manny finds love again in the second film, 'Ice Age: The Meltdown' (2006).

In the third film, 'Ice Age: Dawn of the Dinosaurs' (2009), Manny becomes the proud father of a daughter called Peaches, although they often have arguments when she reaches her teens in 'Ice Age: Continental Drift' (2012). In the final film, 'Ice Age: Collision Course' (2016), Manny is preparing for his daughter's wedding when a meteor strike threatens the inhabitants of earth.

'Ice Age' is a computer-animated film series about a group of mammals surviving the Paleolithic ice age (40,000 to 10,000 years ago). Manny, voiced by Ray Romano (born 1953), makes unlikely friends with a dull-witted, talkative ground sloth called Sid, and a saber-toothed cat called Diego.

The woolly mammoth is an extinct animal with a similar appearance to a large elephant. Evidence of the animal is known from bones and frozen carcasses across North America and Eurasia, with the best preserved carcasses found in Siberia.

David Holmes
I really enjoyed these films, I am now 75! My partner ( similar age) and I also enjoyed Shaun the sheep movie and Paddington. We also watch grown ups movies as well. It&#39;s important not to lose your inner child.

Ron Harvey
I have to admit - saber tooth squirrel gave me a laugh.

Caroline Weis
I loved every one of those &quot;Ice Age&quot; movies and I&#39;m no kid except at heart. Every one needs to sit back and enjoy some good entertainment every so often. There&#39;s too much hate and violence in the world and we need to break up that mood and have a good laugh.

Char
smurray, you don&#39;t know what your missing they are adorable. I like fantasy alot as the world is full of things oh do not fun. That said I&#39;ll watch other genres sometimes

Char
David Holmes, never saw Shawn but Paddington is so cute with his orange marmalade..

Char
George Oliver Prince, me too I have no kids around

Player
smurray, i&#39;m an adult and enjoyed them. 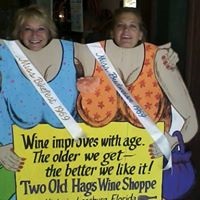 Julie Allen
smurray, I&#39;m not so sure that some of them are kids films. I loved the the first couple.
Author:
Hazel
Writer