In the New Testament of the King James Bible, all but three books end with what word?

The New Testament is the second major part of the Christian biblical canon, the first part being the Old Testament, based on the Hebrew Bible. The New Testament discusses the teachings and person of Jesus, as well as events in first-century Christianity. Christians regard both the Old and New Testaments together as sacred scripture. The New Testament (in whole or in part) has frequently accompanied the spread of Christianity around the world. It reflects and serves as a source for Christian theology and morality. The New Testament has influenced religious, philosophical, and political movements in Christendom and left an indelible mark on literature, art, and music.

Which books end with “amen?” The answer is a surprise. It depends on the translation. Here is a list of those books that end in “amen” by translation. “Amen” occurs at the end of only six books in the New American Standard Bible. If we look at the New King James Version Bible, we find that “amen” occurs at the end of most of the books because it follows a different Greek text. At the end of Philippians, the New International Version adds the statement, “Some manuscripts do not have Amen.” This is what we are seeing. Different translations are following different Greek texts. The fact that there are such slight changes is insignificant. You may wish to read a study on the accuracy of our translations.

What are your thoughts on this subject?
119 Comments

William Laughlin
It might have been interesting to name those 3 books and discuss why they do not end in the same manner as the others.

William Laughlin
The copy says, &quot;Here is a list of those books that end in “amen” by translation.&quot; Where is the list? That&#39;s the problem with cutting and pasting from other sources without concern for taking things out of context. How did this pass review? 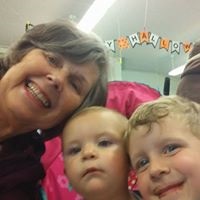 Vaden Paulsen
This should be New Testament.

Carole Benner
Why didn&#39;t you state the three? I got. Jim Sullivan
If it makes people pay attention it is good Don&#39;t critize unless you can and do better

Larry Jones
williamrlaughlin, see Bhahnsen69 for part of the answer to the question. I agree with him that the question is inaccurate as &quot;the Bible&quot; includes both old and new treatments. Without taking the time to look, I can tell you there are more than three books that don&#39;t end in &quot;amen,&quot; depending on what translation one is reading. This concludes your lesson on &quot;More Than I Ever Wanted to Know about the Bible.&quot;

Chris Brown
I got this one wrong, but, then, I know very little about the Bible being an agnostic/rationalist. 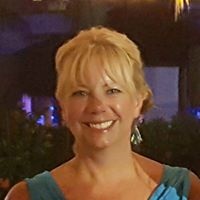 Dani
The book of acts, james and the 3rd of john

haydeecos
Hi Bhansen69, but it was clearly stated “in the New Testament of King James’s Bible...”

Dennis Welling
The King James version is the original text of the Hebrews text!

barnes ruth
mcdonnas thank you for naming the 3 books.

Quiz Taker
Okay okay....so cut and paste. Bur pleeeeze....time do not waste! Just take the question(s) for what they are and move on. Post Haste.....😋

Diane Davis
William Laughlin, becase it says about &quot;amen&quot;... Not what you Christians belief.. And &quot;YES&quot; I believe in GOD its just we serve a different GOD.. I&#39;m a server of Allah...

ernestking
mylind, I always thought it meant &quot;Agree&quot; I;m 57 yrs old and have no clue why I think/thought that..I just know I have for a long time..BUT it certainly dont make me right. Here&#39;s what Google said: Amen is commonly used after a prayer, creed, or other formal statement. It is spoken to express solemn ratification or agreement. It means “it is so” or “so it be.” Amen is derived from the Hebrew āmēn, which means “certainty,” “truth,” and “verily.” ... Amen is found in both the Old and New Testament. Dave Sood
People have different religions. This is a serious Christian question