In the TV courtroom drama, how many times did DA Hamilton Burger win a case against Perry Mason?

Poor Hamilton Burger! He is perhaps the least successful district attorney imaginable, and critics have suggested that he must have been the most incompetent lawyer in history. Burger's cases inevitably involved prosecuting the wrong person, who was defended by Perry Mason, who, in the end, revealed the true criminal through a series of tactics that Burger characterized as courtroom tricks. Once Mason had exposed the true perpetrator, Burger often joined in Mason's motion to the judge to dismiss the charges against Mason's client so that Burger could then charge the actual wrongdoer. A scene from the television series in which Mason consoles Burger after such a dismissal inspired a young Sonia Sotomayor to become a prosecutor.

GreedyJoel
Raymond Burr originally auditioned to play Hamilton Burger! Also, it’s amazing that at that time, a woman, Gail Patrick Jackson, was the Executive Producer. Remember, this was in 1957..

Wyla Reedy
Only 2 times! He had to have been intimidated and challenged to see the upcoming docket. Like those lawyer commercials on TV. Oh no, we better settle on this case!

Annie
Really 2? I did not think he won any of his cases.

Alan Waites
And having the DA finally get the right man thanks to Mason, Mason then never defended the criminal leaving it up to somebody to defend knowing they were going to lose. So although the DA only twice, he actually only lost twice. 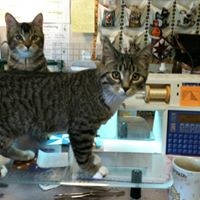 Laurie Baum
Actually, it was three.....The Case if the Witless Witness was the third. You just had to ask the question differently.

Denise Currie
I remember my mum watching this show,, but I have never seen it so I made a guess and got it right.

Karin Johansson
Morty Katz, it is 2.

Karin Johansson
Rob Farr, he won against other attorneys of course

Brad Schwebler
Perry Mason actually lost 3 cases but there is only mention that DA Burger won once.

Robin Heckler
This was one of the first complete adult book series I read as a young adolescent.

Jakob Gerber
I used to do some work at A&amp;M Records in Los Angeles in the mid 1960’s. The rehearsal room was very large ,it was in essence a sound stage . it was also where they had the set for the courtroom in the Perry Mason show at one time . A&amp;M had bought the entire lot, and turned what was once a stage set into a recording empire . There’s a bit of trivia for you ...

David McKay
I&#39;ve been watching them, but missed or forgot the first series one. Haven&#39;t seen the 7th series yet