In what U.S. state is Mackinac Island located?

Mackinac Island sits in Lake Huron, between Michigan’s Upper and Lower peninsulas. Mackinac Island State Park, with trails, woods and the limestone Arch Rock formation, covers most of the island. Founded in 1780, Fort Mackinac is a walled cluster of military buildings on a coastal bluff. Mackinac Island is an island resort area. The Richard and Jane Manoogian Mackinac Art Museum has local works, including Native American art, maps and 19th-century photos.

The island was home to an Odawa settlement before European exploration began in the 17th century. It was a strategic position when commerce (fur trading) on the Great Lakes was very extreme. This led directly to the establishment of Fort Mackinac on the island by the British during the American Revolutionary War. It was also the site of two big battles during the War of 1812.

Joanne Serin
My cousins, whose wedding was the first I attended, went there on their honeymoon. 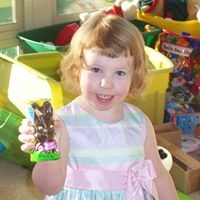 DonRt
marinaking, Pretty sure there&#39;s a couple of fire trucks there as well, but emergency vehicles are normally the only motorized vehicles on the island. They do make exceptions in rare instances, like when they were filming &quot;Somewhere in Time&quot; at the Grand Hotel they allowed over some vintage vehicles from the early 1900&#39;s, and most recently when the VP came to visit.

DonRt
dkctroll, Most likely the Secret Service insisted they use their armored transport vehicles.

Don Racette
Cherie Hunt I got my Masters degree at Michigan State.

dkctroll
that&#39;s where Mike Pence had cars brought in to take him one mile from the hotel to the airport- Motorized vehicles are banned on the the island. Cherie Hunt
I&#39;d better not miss this one, as I am from MI and Mackinac Island is where my husband and I honeymooned over 40 years ago. Phil Abrian
I knew this place from the movie &quot; Somewhere In Time&quot;.

Richard G Schwartz
Pence and his crew were there recently bring cars onto the island.

marinaking
Since I went to Northern Michigan every summer for 18 years, I&#39;ve been to Mackinac Island several times. The Grand Hotel is a place that you must see when on the island. You must ride a bike, ride a horse or use ankle express to get around the island since the only auto on the island is an ambulance. Warren Domke
Pronounced &quot;Mackinaw&quot; by the locals. Beautiful place. I would like to go back some day.