In which city is Australian Open tennis tournament held? Sarah Wallace
OOOPs, Nearly got this wrong but should be forgiven as I am from the West, I think!!!

Jan Taylor
That is Sydney not sidney. 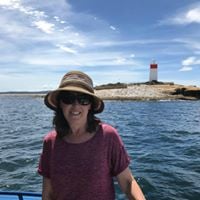 Toni Purdy
Who proof reads these things? As others have pointed out, the spelling is Sydney, not Sidney which is often the spelling of a man&#39;s name.

Christopher J Voce
Ignorant to spell Sydney like that. Melbourne is my home town and also the home of the Australian Formula One Grand Prix. 🏁

Sonia Ackhurst
Got it correctly - SYDNEY, please - not Sidney

Irma Rivera
Got it mate!!!

hector tubens
Love watching the Australian Open every year so answer was easy for me. Cheryl Perkins
They could at least have got the spelling of Sydney correct. Who checks these things.