In which country was the operatic tenor Enrico Caruso born?

Enrico Caruso (25 February 1873 – 2 August 1921) was an Italian operatic tenor. One of the first major singing talents to be commercially recorded, Caruso made 247 commercially released recordings from 1902 to 1920, which made him an international popular entertainment star.

He was born on 25 February 1873 in Naples in a poor family. Caruso was the third of seven children and one of only three to survive infancy.

Caruso's father, Marcellino, was a mechanic and foundry worker. Initially, Marcellino thought his son should adopt the same trade, and at the age of 11, the boy was apprenticed to a mechanical engineer who constructed public water fountains. At his mother's insistence, he also attended school for a time, receiving a basic education under the tutelage of a local priest. During this period he sang in his church choir, and his voice showed enough promise for him to contemplate a possible career in music.

On 15 March 1895 at the age of 22, Caruso made his professional stage debut at the Teatro Nuovo in Naples in the now-forgotten opera, "L'Amico Francesco", by the amateur composer Mario Morelli.

On 11 April 1902, he was engaged by the Gramophone Company to make his first group of acoustic recordings in a Milan hotel room for a fee of 100 pounds sterling. These ten discs swiftly became best-sellers. Among other things, they helped spread 29-year-old Caruso's fame throughout the English-speaking world.

Char
Thank You Lily as I would have never connected his name to Italy as the name doesn&#39;t sound Italian to me. I actually went on his picture as to what genealogy he most likely had. Thanks again Lily this we those who don&#39;t cheat can have a chance of a decent score with questions that are not general knowledge. Thanks on teaching me something new 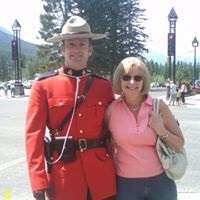 Val Sweet
Oh dear and there was me thinking he was Japanese!!

Denise Currie
What a wonderful voice he had

Merri Sillery
Oh my, you mean he&#39;s not Japanese! Smdh

Kimberly Kennedy
I would have been open to more challenging options for answers.