In which country would you find the red land crab known as "Gecarcoidea Natalis"?

The Christmas Island red crab ("Gecarcoidea Natalis") is a species of land crab endemic to the rain forest of Christmas Island and Cocos (Keeling) Island in the Indian Ocean and found nowhere else in the world.

Usually in October or November, but can sometimes be as late as December or January, red crabs all over the island leave their homes at the same time and start marching towards the ocean to mate and spawn. Female crabs produce eggs within three days of mating and will remain in the burrows for about another two weeks as the eggs develop. Each female can produce up to 100,000 eggs, which she holds in a brood pouch. When the moon reaches its last quarter, the egg-laden crabs leave their burrows and amass on the shoreline, packing into shady spots above the waterline. Spawning may occur on 5–6 consecutive nights during the migration. Red crab larvae hatch from the eggs as soon as they contact the water, although the majority does not survive marine and air predators.

Paul Greenslade
Calling the Christmas and Cocos islands Australia (despite them being an Australian protectorate) is a bit misleading. Skip Hayden
Bad question! Although the Christmas Islands &quot;belong&quot; to Australia, they are in the region of Indonesia. 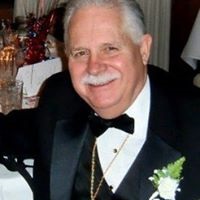 Player Dennis
Disagree with the answer choices. The specific islands happen to be a protectorate of Australia and not Australia itself.

Julie Allen
Paul Greenslade, It is an Australian territory and the people who live there are Australians.