In which film did Nicolas Cage win his first and only Academy Award?

Cheryl McMeekin
Nicholas is a great actor, didn&#39;t know the answer to this question.

lls
I have yet to see it, but my boyfriend said it was so powerful that it made him cry...well done, Nicholas Cage. 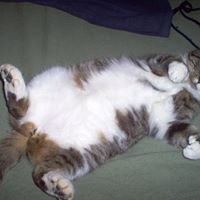 hburns
Margaret E Wilson, it was very sad and depressing but the acting was wonderful.

Char
Jeannie Ellis, too said on alcohol to me..seen to much to think that was his best..it wasn&#39;t him but the content

Char
I love all his movies but that one even Captain Corellis mandolin about the war with Hitler..he has so many too

tbear
Captain Bob III, that was rated nasty! You know Captain Bob III , I Certainly hope the other Captain Bob&#39;s are a whole lot nicer than you! Shame on you! I&#39;ve had my say, thank you!