In which year did "Kristallnacht" occur?

Kristallnacht or the Night of Broken Glass, also called the November Pogrom(s), was a pogrom against Jews carried out by SA(the Nazi Party's original paramilitary wing) paramilitary forces and civilians throughout Nazi Germany on 9–10 November 1938. The German authorities looked on without intervening.

The name Kristallnacht ("Crystal Night") comes from the shards of broken glass that littered the streets after the windows of Jewish-owned stores, buildings and synagogues were smashed. Jewish homes, hospitals and schools were ransacked as the attackers demolished buildings with sledgehammers. The rioters destroyed 267 synagogues throughout Germany, Austria and the Sudetenland. Over 7,000 Jewish businesses were damaged or destroyed, and 30,000 Jewish men were arrested and incarcerated in concentration camps.

British historian Martin Gilbert wrote that no event in the history of German Jews between 1933 and 1945 was so widely reported as it was happening, and the accounts from foreign journalists working in Germany sent shockwaves around the world. The Times of London observed on 11 November 1938: "No foreign propagandist bent upon blackening Germany before the world could outdo the tale of burnings and beatings, of blackguardly assaults on defenseless and innocent people, which disgraced that country yesterday."

Shelley Welch Dunivan
My God! You people act like it&#39;s not happening anywhere in the world right now!!!!! Are you blind?

Cari G.
Jude James, you should be removed from this site 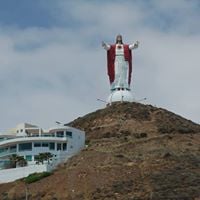 bawingi
and the liberals want to disarm us all and leave ourselves vulnerable.

Denise Currie
Let us hope and pray that nothing like that period in history ever occurs again, so many evil deeds against so many people. So very sad

Fran Donnelly
Ilias Tsiabardas, Ilias, I started to watch a programme on the Holocaust last night about when the Brits arrived in north Germany in 1945 to discover the death camps. These millions of emaciated bodies left naked to die and rot, this wasn&#39;t just racism this was pure evil at it&#39;s worst. I quietly wept.

Darlene Davidson
Follow up to a previous question on this run.

Ilias Tsiabardas
And today Germany again Control Europe after all the Atrocities and extermination of the Juwish people and the Suffering they&#39;ve done for the Rest of the World &#128074;

larrywagner
One of the many dark days in history. Mans hatred toward man. Hey Irma I;m number one again. Come on Tesla catch up, And bring George Oliver, tbear, and the others with you
Author:
Andy
Writer