In which year did the American TV show "The Price is Right" change to a 60 minute show?

"The Price Is Right" is an American television game show created by Bob Stewart, Mark Goodson and Bill Todman. The show revolves around contestants competing by identifying accurate pricing of merchandise to win cash and prizes. Contestants are selected from the studio audience when the announcer states the show's famous catchphrase, "Come on down!". The program premiered on September 4, 1972, on CBS. Bob Barker was the series' longest-running host from its 1972 debut until his retirement in June 2007, when Drew Carey took over.

At the beginning of the show, four contestants are called from the audience by the announcer to take a spot in the front row behind bidding podiums. The four contestants in Contestants' Row compete in a bidding round to determine which contestant will play the next pricing game (the round is known as "One Bid," which gets its name and format from one of two types of bidding rounds that existed on the 1950s version of the show). A prize is shown and each contestant gives a single bid for the item.

Originally the show was aired for 30 minutes where five pricing games were in the rotation. Since then, more games have been created and added to the rotation and, starting with the 60-minute expansion in 1975, the rate at which games premiered increased.

Denise Currie
A wild guess, I chose 1975 as it was the year I had my son

David Holmes
Matthew McKechnie, A UK version was shown here, presumably under licence. The exhortation &quot;Come on down the price is right&quot; was used. Can&#39;t say that I particularly liked it 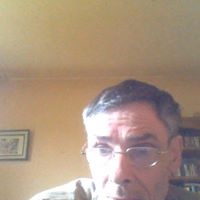 Matthew McKechnie
who outside the US would either know or care

dick aspel
As boring and outdated a question as they come.