In which year was the first miniature golf course introduced?

Geometrically-shaped mini-golf courses made of artificial materials (carpet) began to emerge during the early 20th century. The earliest documented mention of such a course is in a 1912 edition of 'The Illustrated London News', which introduces a mini-golf course called 'Gofstacle'.

The first standardized mini-golf courses to enter commercial mass-production were in 1916 in North Carolina, and the 1927 in Tennessee. Thomas McCullough Fairbairn, a golf fanatic, revolutionized the game in 1922 with his formulation of a suitable artificial green—a mixture of cottonseed hulls, sand, oil, and dye.

By the late 1920's there were over 150 rooftop courses in New York City alone, and tens of thousands across the United States. This American mini-golf boom of early 20th century came to an end during the economic depression in the late 1930's. Mini-golf is still active, but not to the popularity it reached in the early part of last century.

While the international sports organization World Mini-golf Sport Federation (WMF) prefers to use the name "mini-golf", the general public in different countries has also many other names for the game: miniature golf, mini-golf, midget golf, goofy golf, shorties, extreme golf, crazy golf, adventure golf, mini-putt, putter golf and so on. The term "mini-golf" was formerly a registered trademark of a Swedish company that built its own patented type of mini-golf courses.

Steve Braccini
The first &quot;mention&quot; isn&#39;t quite the same as first &quot;introduced&quot;. I checked your citation and it makes more of the 1916 (commercially) and 1927 (patented) dates than your 1912 year.

Darlene Davidson
1916 is the correct year.

Pat Salloum
These questions are tough; the designers of new products are working in the background for years before mass production! 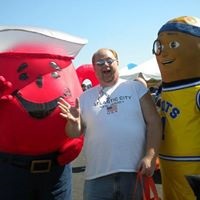 Steve Heady
It was introduced in Scotland, much earlier than these dates.

jshehan
1916 is the correct year Giselle Poirez. An article that mentions a &quot;rug&quot; doesn&#39;t make it a course! Keep trying. Kim Hernandez
1916 is the best answer