In which year was the first mobile telephone call from a handheld subscriber equipment made?

Prior to 1973, mobile telephony was limited to phones installed in cars and other vehicles. Motorola was the first company to produce a handheld mobile phone. On 3 April 1973, Martin Cooper, a Motorola researcher and executive, made the first mobile telephone call from handheld subscriber equipment, placing a call to Dr. Joel S. Engel of Bell Labs.The prototype handheld phone used by Dr. Cooper weighed 1.1 kg and measured 23 cm long, 13 cm deep and 4.45 cm wide. The prototype offered a talk time of just 30 minutes and took 10 hours to re-charge.

John F. Mitchell, Motorola's chief of portable communication products and Cooper's boss in 1973, played a key role in advancing the development of handheld mobile telephone equipment. Mitchell successfully pushed Motorola to develop wireless communication products that would be small enough to use anywhere and participated in the design of the cellular phone.

Isn't it fascinating how this invention has changed our world today? What in your opinion are the pros and cons of mobile technology? 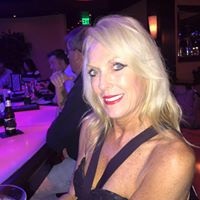 Elizabeth Martin
It has created a world of impatience. Nothing can get done fast enough and most people are not willing to &quot;unplug&quot; and enjoy life. So sad....

james parrillo
twohowlingdogs, A picture of the actual phone may have revealed the year? Thank you, Christine, James&#39;s wife

John W Shreve
Okay, but wouldn&#39;t it have been nice if the first call could have been made to Martin Cooper&#39;s barber or next door neighbor?

Linda Wanta
My first mobile phone was stored in a case the size of an average purse, and was connected to a base 😄

tbear
A monster has been created! Just my opinion! Yes, it has done some good but has caused problems also! 😊👍 Sadasivan Suryanarayanan
To me the invention of Handheld Mobile literally created a &quot;Global Village&#39;..whether it&#39;s Bane or Boon depends on the &quot; Owner&quot; like our Domestic kitchen Knife... Louise C.
I remember my very first mobile phone was the size and weight of a brick :)

silrem
I reviewed it or it is a repeat. Anna Kovacs
The question’s order was off a bit but use your brains and think outside the box. That’s intelligence too. Don Curtis Latimer
Those mobile phones came too late for many farmers and ranchers. Some outfits are so remote that they can&#39;t get cell service to this day. After we finally got the cell phones it has saved many a farmer and stockman who found themselves in a jam. Jeff Gauthier
Ian Swindale, do you really look up answers?? Or, are you reading up after you answer?