Is it true that Cary Grant never won an Academy Award for Best Actor?

Cary Grant lived from January 1904 until November 1986. He was 82 years old when he died from a cerebral hemorrhage.

kimd
What a dream Cary Grant was!

Alane Holmes Nuzum
A travesty!! Wonderful actor and one of most handsome actors in history! Loved all his movies!

earlepg
Big name as an actor; a shame that he coudn&#39;t snag one.

dsneed
tesla alset, I appreciate your compassion for a wonderful and talented actor whom many adored for his dedication to his work.

dsneed
He was fun to watch whether in comedy or drama. I enjoyed his talents. Yay me.

jjohnson
An honorary Oscar is not an Oscar for best actor. 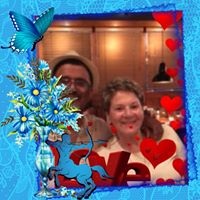 Lisa Rodrigues
Linda Young-Williams, according to Google, you are wrong. https://www.google.com/search?client=firefox-b-1-d&amp;channel=tus&amp;q=cary+grant+best+actor+oscar Marcella Kosse
Got it. One of my favorite actors from my youth.

lmjmom
Got it.
Author:
E11-Hitman
Writer