Is it true that intercontinental travel by Boeing 747 used to offer economy (coach) lounges equipped with a pub or piano bar?

Some look back fondly at the way airline travel was in the mid-20th century. It may seem romantic because the idea of getting on a jet and shooting across the ocean was a new, special experience. But there was more: early air travel was luxurious compared to modern air travel. There was plenty of head room; seats were more amply sized; in-flight meals were real meals. On the upper deck of Boeing’s iconic 747 airliner you would find a space that hailed from the age of the Orient Express. Couches, cocktails, and, on the early 747s live entertainment. Even on the lower deck, there were coach or economy lounges. Continental Airlines had a pub while American Airlines had a piano bar, located at the rear of the 747-100 cabin. The piano was in fact an electric Wurlitzer organ, but still... Here’s the "piano" in action (Fonzie is at the 15 second mark!) https://youtu.be/Eb_5jJbTqTM

susand
Look at it now! Slobs with their pants down, a sloppy disrespectful group!! People used to dress to fly! Now the only way is a private jet...who can afford that?? Judith Elaine Admire
It was more fun back then, and not such a stressful experience. Plus, we all dressed up.

Dossie M Terrell
The airlines have certainly lost a lot of their appeal. I hate flying these days. Jennifer Clark
I remember people used to dress up to fly.

Terry2ts
I still have a BOAC menu from a trip from London to Nassau in 1971. Reads like a Michelin restaurant menu now.

Chris Brown
Up stairs was not open to economy passengers only business and first class.

Flavio
I remember that when I flew from JFK to LAX on an American Airlines 747-200 in 1972. Plenty of room in the back of the plane, with armchairs on the sides just below the windows and the piano in the center. Not forgetting the snacks, which were served at ease.

Lilly Beharry
So stressful flying now that I often decide not to go. 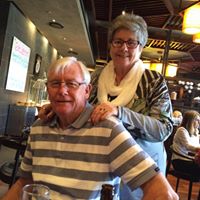 Jacqueline Rose
Well I travelled economy on BA 747 and we certainly didn’t see any lounge or piano bar ! We certainly dressed up to fly, and I was on one of the first flights from Australia to England . The upper deck was for Business Class and First to relax !

Vicky Rosenberg
I remember everyone dressing up to travel...but then we also dressed up to go to the grocery store :)

jewelljohannesen
scottlarock, It was more fun! The airlines appreciated you flying with them and they accommodated their passengers! ninakamwene
Oh my, how I miss the good old days! Now to have that one needs to travel 1st class and it is still not that luxurious! I have had to travel to Kenya and New Zealand by coach. These are very long flights, and cost a mighty penny in 1st class.
Author:
Frank Cowell
Writer