Is it true that St.Peter's Church in Rome is a cathedral and not a basilica?

St. Peter's is one of the four churches of Rome that hold the rank of Major Basilica.

The Basilica Papale di San Pietro in the Vatican City, commonly known as Saint Peter's Basilica, is considered the world's most famous Roman Catholic church. Dating back to the Roman empire, early Christian art from that period has been discovered. The basilica, now the Pope's principal church, was built according to tradition above the burial site of St. Peter, one of the twelve disciples of Jesus and the first Bishop of Rome, who was martyred in the year 64 AD. To maintain this tradition, Popes are now buried within the basilica.

Designed as a replacement for the old Constantinian church, construction of the present church structure was begun in 1506 (under Pope Julius II) and completed in 1626 (under Pope Urban VIII). Admired for its Renaissance sculpture as well as its fusion of Renaissance and Baroque architecture, the design, construction and decoration of Saint Peter's involved the greatest Old Masters of the day, including Alberti, Raphael, Bramante, Michelangelo and Bernini. It is specifically called a papal basilica rather than a cathedral, since it is not the seat of a bishop: the Arch Basilica of St. John Lateran is actually the cathedral church of Rome. The latter functions as the principal church for worshipers who live in Rome, whereas the former serves as the focal point for all pilgrims who come to Rome, as well as locals.

Val Wilkinson
Great question - thank you! Good to have a question that is interesting rather than pointless discussions on early 1960s US TV

Helga U. Williams
Great question and commentary. These great churches were wonderfully constructed without modern technology. So awesome!!! Sue Williams
Not a catholic so didn&#39;t know squat Pierre Okes
Not Simon Peter&#39;s burial site. No historical evidence that he was ever in Rome. 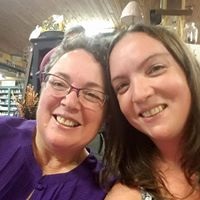 Diane Smith
I was just there in November and my chorale was able to sing in the chapel of St. John Paul II.

ninakamwene
Missed it even though I visited it in 2015.

Fred Keogh
That&#39;s why it is always referred to as St Peter&#39;s Basilica

Marcella Kosse
Got it Jeanne Allo Achille
Was hoping for better definition of each.