Motorcycle Week (or Bike Week) is held every March in which location?

Bike Week is the largest motorcycle meet in the world. It is held for 10 days in Daytona Beach Fla. The event began in 1937, as an outgrowth of automobile races. These races were started years earlier on Daytona's Ormond Beach by Henry Ford, who had a mansion and was testing cars there. It was suspended for a few years during World War II, but the 50th anniversary was celebrated in 1991 with half a million people attending.

The highlight of the week is the Daytona 200 race, which attracts competitors from all over the world and is considered one of the most prestigious motorcycle road races in the world. Other race events include a three-hour U.S. Endurance Championship race and vintage motorcycle races on Classics Day. The events take place in the Daytona Beach Municipal Stadium, with a quarter-mile banked oval track, and on the Daytona International Speedway.

Motorcyclists come from around the world, and most bring their motorcycles with them. A popular feature of the week is a mammoth parade of over 5,000 motorcycles. Parade watchers include large contingents of elderly people, some of whom hold signs saying "Grandmothers Love Biking" and other slogans. Concerts and trade shows are held throughout the week. 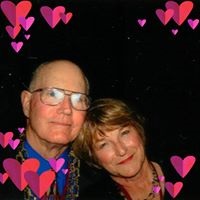 situations
The photo was a red herring as there was a mountain in the background!

Jacqueline Tattam
Jason Negus, I know it might seem incredible...but not everyone here is from the US..or the Northern hemisphere

tracewallace
I live near Daytona, and there are an overabundance of motorcycles for a hundred miles in every direction around Daytona for at least a week before and after the event. It can get loud😑 Check twice for bikes😎

Al Cole
They also have a big one in S. DAKOTA. LATER IN THE YEAR..

Jason Negus
Lmao at the 41.8% that said Sturgis. March is still in our winter season, and we&#39;re still colder than hell during that time. And for future reference, the Sturgis bike rally is held the first full week in August, where temps are more conducive for bikes!