Luna 2 (E-1A series) was the second of the Soviet Union's Luna programme spacecraft launched to the Moon. It was the first spacecraft to reach the surface of the Moon, and the first man-made object to land on another celestial body. On September 14, 1959, it successfully landed east of Mare Imbrium near the craters Aristides, Archimedes, and Autolycus.

Carolyn Brior
Kennedy challenged NASA to put a man on the moon by the end of the decade, not because he was that excited about space travel but because he wanted to beat the Soviets.

larrywagner
Steve McVey, Blow it out your a$$ hole. Charles Gallagher
It didn’t really land on the moon, but impacted (crashed into) it.

Steve McVey
Darlene Davidson, so you have no knowledge of anything that happened before you were 7? Have you tried reading?

hector tubens
Remembered this having seen it on another trivia website.

Darlene Davidson
Missed that one because I was seven. I&#39;m aware of the one that happened on July 20,1969. 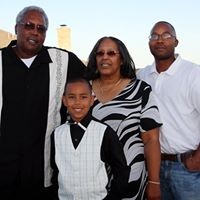 Hazel Harper
Got it

Joseph A. Robitaille
USSR was way ahead of us until President Kennedy got whole fully envolved in the space program.