No human scientist has ever seen an electron

Now it is possible to see a movie of an electron. The movie shows how an electron rides on a light wave after just having been pulled away from an atom. This is the first time an electron has ever been filmed

Previously it has been impossible to photograph electrons since their extremely high velocities have produced blurry pictures. In order to capture these rapid events, extremely short flashes of light are necessary, but such flashes were not previously available. With the use of a newly developed technology for generating short pulses from intense laser light, so-called attosecond pulses, scientists at the Lund University Faculty of Engineering in Sweden have managed to capture the electron motion for the first time. Source Keith Boswell
So they believe in an electron existing because of certain actions that happen but, they won&#39;t believe in God when the proof of him is all around us.

Gary Estes
I suppose people not understanding physics will link God to anything.

Rafi Manory
A movie of an electron is not &quot;seeing and electron&quot;. This question should not be included in a science quizz.

john duckett
I think the question should have been clearer! Maybe the addition of a naked eye?

Wayne Roberts
Keith Boswell, There is no proof whatsoever! It is just your belief!

Mike Hibner
Good question, Paul Hughes, and well documented. The naysayers aren&#39;t able to realize that science advances at a rapid rate and you have to stay up to speed if you want to be current...

Jas Newman
Mike Reidy, Right. I&#39;ve seen movies of Marilyn Monroe, but I&#39;d never claim to have seen MM. This one should be tossed.

Margaret O&#39;Neill
It&#39;s too small to actually see with the human eye! Linda McKee
I read they are too small to actually “see”. 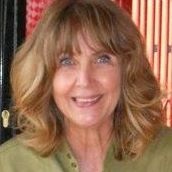 Stevie G
No physicist has ever seen an atom but there are practical evidences and theories like Bohr&#39;s Atomic model, Rutherford&#39;s scattering experiment, etc. which prove the presence of electron.

Marian Spitzig
No, they have to use too many controls which could be manipulated to give the desired results. (And I have a minor in chemistry. I believe it is a theory which can not be proven)

filmnut
Another incorrect answer. By definition an election is a sub Atomic particle. You can see where it’s been, but ahuman can’t see it with any kind of instrument. In a collider you can only see a picture of its path. This is another pathetic pitch for more points.
Author:
Paul Hughes
Writer