"No, I'm just gettin' warmed up" is a line from which motion picture?

The quote, "No, I'm just gettin' warmed up" is a line from the movie titled "Scent of a Woman" (1992). This American drama film was produced and directed by Martin Brest. It specifically tells the story of a preparatory school student (Chris O'Donnell as Charlie Simms) who takes a job as an assistant to an irritable, blind, medically retired Army officer (Al Pacino as Lieutenant Colonel Frank Slade). They develop a very strong personal tie for each other. They come to deeply appreciate and respect the other person's true personality and identity.

Frank, who is a retired and head strong Lt. Colonel from the U.S. army, is blind and impossible to get along with. Charlie is in secondary school and is looking forward to college. To help pay for a trip home for Christmas, he agrees to look after Frank over Thanksgiving. Frank's niece says this will be easy money, but she didn't reckon on Frank spending his Thanksgiving in New York City.

In a key scene, which almost sums up the film, Slade says, "No, I'm just gettin' warmed up. I don't know who went to this place, William Howard Taft, William Jennings Bryan, William Tell -- whoever. Their spirit is dead -- if they ever had one -- it's gone. You're building a rat ship here. ... I mean, the only class in this act is sittin' next to me. And I'm here to tell ya this boy's soul is intact. It's non-negotiable. You know how I know? Someone here -- and I'm not gonna say who -- offered to buy it. Only Charlie here wasn't sellin'. 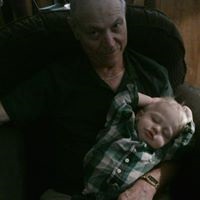 MRogers
Johnny Rock, I can’t understand the down votes. Did they dislike the movie, not think Frank should have been a general, or not think “earmarked “ is a good word? None of those disagreements seem heavy enough for registering a negative vote publicly. Especially in in a mere eleven minutes after you made the comments.