marechuber
Glad to know, so I never accidentally order them. 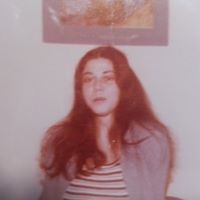 Char
I chose right as the others didn&#39;t sound right. Lol

Gold Toy Box
Stephen Sparrow, Been there and done that! except we were in Central California and it was 50 yrs ago.

Gail Nemetz
deborahpmercer, They really do! Stephen Sparrow
I can attest to that activity first hand! In my younger days - say 30 some odd years ago but after I had disposed of my twenties - I used Togo frog giging in the ponds and creeks of Central North Carolina nearly every summer. Walking a creek bed or from a boat out on a pond, it was a load of fun and good eating when you got back at 3 or 4 in the morning and came back hungry!
Author:
Stevie G
Writer