What did Gabriel Daniel Fahrenheit's parents die of?

Daniel Gabriel began training as a merchant in Amsterdam after his parents died on 14 August 1701 from eating poisonous mushrooms. However, Fahrenheit's interest in natural science led him to begin studies and experimentation in that field. From 1717, he traveled to Berlin, Halle, Leipzig, Dresden, Copenhagen, and also to his hometown, where his brother still lived.

During that time, Fahrenheit met or was in contact with Ole Rømer, Christian Wolff, and Gottfried Leibniz. In 1717, Fahrenheit settled in The Hague as a glassblower, making barometers, altimeters, and thermometers. From 1718 onwards, he lectured in chemistry in Amsterdam. He visited England in 1724 and was the same year elected a Fellow of the Royal Society. Fahrenheit died in The Hague and was buried there at the Kloosterkerk (Cloister Church).

Diding Otico
Got it right!!!

Sue Grayson
Smallpox is ONE WORD!!

Howard Groopman
I figured it might be from high fevers.

John W Shreve
Irma Rivera, I know where to get some amazing wild ones. They are mildly toxic to some people, but they&#39;re like ice cream. 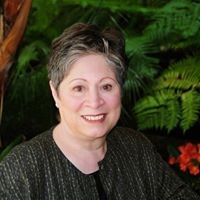 Natalie Frances Oramas
It is my understanding that his parents died from eating poison mushrooms where He himself died from Mercury poisoning.

Ken Murray
What a question. Who would know?

George Oliver Prince
Since they were probably eating a meal it&#39;s not unusual they would get the same batch

Darlene Davidson
Gee, that&#39;s a widely known fact. How did I miss it?
Author:
RexTSiciliano
Writer