Which country gained its independence on March 26, 1971?

This public holiday celebrates the declaration of the existence of the state of Bangladesh on March 26, 1971. When India gained independence from Britain in 1947, the region that is now Bangladesh was part of Bengal, India. It became East Pakistan and was governed together with West Pakistan as one country. The movement for autonomy in East Pakistan began in 1949. By early 1971, differences between East and West Pakistan led to war. India entered the war in November to support East Pakistan, and independence was assured within a month ( see Bangladesh Victory Day).

The citizens of Bangladesh observe their national holiday of independence in the capital city of Dhaka with memorial ceremonies, a boat race on the Buriganga river, and other festivities.

Mrs
India was the one who provoke East Pakistan to get its own country and then they started war.West Pakistan do&#39;nt want their Muslim brothers let go.we get our independence together from India bcz of Jinnah&#39;s untiring efforts.what a great man he was.

Irene Townsend
usha, I always believed that Bangladesh was their original name Pakistan was an English/Indian name

earlepg
1971 leaves little doubt about which country to select.

Trevor Craddy
The photo is a bit of a give-away!

Christopher J Voce
George Harrison helped me on this one. The Ferrari jacket I bought at the Ferrari museum / factory last year was made in Bangladesh.

Peter Robertson
Kenney Devey, That&#39;s what the answer said ! Did I miss something?

Michael Doherty
Knew that because of George Harrison’s concert for Bangladesh. 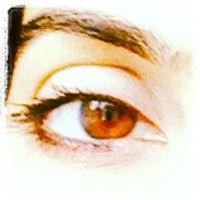