Kaliningrad Oblast is located on the coast of the Baltic Sea. Its administrative center is the city of Kaliningrad, formerly known as Königsberg, is the only Baltic port in the Russian Federation that remains ice-free in winter. The oblast is an exclave so visa-free travel to Russia proper is only possible by sea or air. The territory was formerly part of East Prussia. Following the defeat of Nazi Germany in 1945, the territory was annexed by the Soviet Union. Following the post-war migration and expulsion of the German-speakers, the territory was populated with citizens from the USSR.

Kaliningrad's isolation was enhanced by the collapse of the Soviet Union in 1991 when Lithuania became an independent country and even more when both Poland and Lithuania became members of NATO and subsequently the European Union in 2004. Since the dissolution of the Soviet Union and the independence of the Baltic states, Kaliningrad Oblast has been separated from the rest of Russia by other countries instead of by other Soviet republics. Neighboring nations imposed strict border controls when they joined the European Union. All military and civilian land links between the region and the rest of Russia have to pass through members of NATO and the EU. Russian proposals for visa-free travel between the EU and Kaliningrad have so far been rejected by the EU. Betty Sliviman
Questions like this don&#39;t make sense... the only reason to ask it is if the answer is yes. It&#39;s just picking an interesting fact and putting &quot;true or false&quot; at the end

james parrillo
Dennis Myers, I cannot believe that a travel quiz just sent me a question about this. Kaliningrad is between Poland and Lithuania, according to a map I found. Thank you, Christine, James&#39;s wife Donna Breault
yeh but, its good to get a easy answer!

silrem
I wish there had been a worthwhile question because the explanation was fascinating and of great historical importance. Joanne Serin
Svetlana Morozova, what question? There is no question mark. 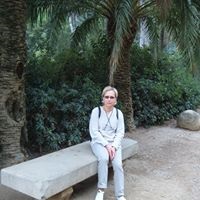 Svetlana Morozova
I am Russian. For me there is incorrect question. Donna R. O&#39;Brien Moran
Three out of seven questions is about Russia.