Research in 2014 has indicated that consuming instant ramen noodles two or more times a week increases the likelihood of developing heart disease and other conditions including diabetes and stroke, especially in women.

Instant ramen noodles were exported from Japan by Nissin Foods starting in 1971, bearing the name "Oodles of Noodles". One year later, it was re-branded "Nissin Cup Noodles", packaged in a foam food container, and subsequently saw a growth in international sales. Over time, the term "ramen" became used in North America to refer to other instant noodles, even those not technically ramen. Research has indicated that consuming instant ramen two or more times a week increases the likelihood of developing heart disease and other conditions including diabetes and stroke, especially in women.

Ceil G.
Love the stuff, usually don&#39;t use much of the packet tho. I remain convinced that I am not going to get out of this world alive.

Bill Coe
Takao Ohnuma, All you have to do is Google &quot;health issues with Ramen noodles&quot; and you&#39;ll get all kinds of confirmation. Here is a link that probably should have been used to support the answer as opposed to the one used (which explained about ramen noodles but didn&#39;t touch on health issues). http://www.post-gazette.com/local/region/2014/08/23/Instant-ramen-long-term-health-concerns-study-finds/stories/201408220162 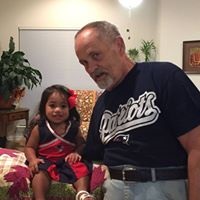 William Laughlin
johnespo, This &quot;superb&quot; commentary doesn&#39;t really explain in detail very well the reasons for the adverse effects of ramen noodles on health. A cursory mention does not warrant the descriptive, &quot;superb&quot;. What do you get out of your sycophantic brown nosing?

Bridy4u
I Add ramen and chicken to chicken noodle 🍲 soup

dsneed
I used to eat that frequently , not enough to get diabetes, but it could have been a contributing factor. Yay me.

mamaduck50
Worst food on the market, I hate them 😝😝😕

Criona Walsh
Thanks for the info Cheryl McMeekin
Love Ramen, but only eat once a week, if that.

rjmw
Use these, but do not use the seasoning packet, I use no sodium chicken or beef broth&#39;s and use spices. The sodium in the packets is the problem.

Shirley Dutt
I have never eaten instant ramen. I hear the salt content can make you float in water. Lol!

Char
veronicawarren, you leave out the salt packet add broccoli, butter and sour cream plus salt and pepper.. You can add Roast beef or chicken. Yummy except the original way I want not part of them.

Char
I love leave out the salt packet add broccoli mix with a bit if butter and sour cream plus salt and pepper.. Yum..I knew about the warnings but its my favorite light noodle as the others besides angel hair are so heavy in the tummy..

Todd Van Dell
Ceil Garrison, I have a feeling none of us are going to get out of this life alive. Might as well enjoy what we can while we&#39;re here.