Robert Plant found fame as the lead singer of which of these bands?

Robert Anthony Plant (born 20 August 1948) is an English singer, songwriter, and musician, best known as the lead singer and lyricist of the rock band Led Zeppelin. A powerful and wide vocal range (particularly evident in his high-pitched vocals) has given him a successful singing career spanning over 50 years.

Plant enjoyed great success with Led Zeppelin throughout the 1970s and developed a compelling image as the charismatic rock-and-roll front man, similar to contemporaries such as Roger Daltrey of the Who, Freddie Mercury of Queen, Mick Jagger of the Rolling Stones and Jim Morrison of the Doors. With his mane of long blond hair and powerful, bare-chested appearance, Plant helped to create the "god of rock and roll" or "rock god" archetype. Although Led Zeppelin dissolved in 1980, Plant occasionally collaborated with Jimmy Page on various projects through this period, including forming a short-lived all-star group with Page and Jeff Beck in 1984, called the Honeydrippers. They released an album called "The Honeydrippers: Volume One", and the band had a No. 3 hit with a remake of Phil Phillips' tune "Sea of Love", plus a follow-up hit with a cover of Roy Brown's "Rockin' at Midnight". 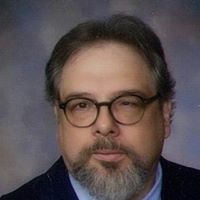 Richard Pirone
Jason Negus, With this generation those two things are not mutually exclusive!

Mike Reidy
Had the pleasure of seeing Led Zeppelin, at Knebworth , while Jon Bonham was still alive, Robert Plant has one of the greatest vocal ranges in music history, and Bonham was undoubtedly one of the greatest drummers. Listen to the lyrics of Ramble On ,” In The Darkest days of Moredor , reference to Lord If The Rings In 1968. Amazing

Jason Negus
If you get this question wrong. You&#39;re either too young to know Led Zeppelin or brain dead.

Nicholas Miernicki
Dancing to &quot;The Misty Mountain Hop&quot; as I answer this question. (Not really)

Phil McCrackin
One of the greatest bands ever 🤙👍

illonabird
Guess I’m dating myself, but I saw them at the Fillmore East. One of many great memories of the 60’s. Those that I can remember.

johnrdebruyn
I love the mighty Zep but if you want to see their worst performance look at live aid 1985. Phil Collins the only lucid temporary member was laughing as the songs were so bad; as written in has biography. 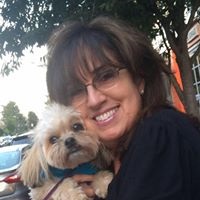 Kathy Farmer
Loved his earlier songs as well as songs like “Tall Cool One”.

Kathy Farmer
Robert Plant flirted with me when I worked at XM Radio. It was wild!

Peter Robertson
Jason Negus, I accept the brain dead bit but I am older than any of the Led Zeppelin members so you need a new listing to put me under.

Wayne Linburg
My all time fave band. Plant&#39;s solo stuff is interesting and good too.

Dave Street
I got asked to leave a music store for playing the opening bars of Stairway to heaven on a guitar I wanted to buy. The store owner wouldn’t let an amateur like me sully a piece of rock history.