Since 2019, where do the Duke and Duchess of Sussex Live?

Prince Harry, Duke of Sussex, (15 September 1984) is a member of the British royal family. He is the younger son of Charles, Prince of Wales, and Diana, Princess of Wales, and is sixth in the line of succession to the British throne.

On 27 November 2017, Clarence House and Kensington Palace announced that Harry and Markle were engaged. The engagement announcement prompted much comment about the possible social significance of Meghan Markle becoming a mixed-race royal. The couple married at St George's Chapel, Windsor Castle, on 19 May 2018.

The Duke and Duchess initially lived at Nottingham Cottage in London, in the grounds of Kensington Palace. The couple later moved to Frogmore Cottage in the Home Park of Windsor Castle.

Frogmore Cottage is in the grounds of Frogmore House built in 1801 at the direction of Queen Charlotte on the Frogmore Estate, part of Home Park, Windsor, Berkshire, England. According to preservationists, the cottage warrants every effort to preserve it for its historic value. A part of the Crown Estate, it is currently the home of the Duke and Duchess of Sussex.

The cottage was originally known as Double Garden Cottage and was listed in Queen Charlotte's 1801 accounts for her garden as having been built for £450 by a Mr. Bowen. Queen Victoria had breakfast at the cottage on 28 June 1875 and noted an "immense number of little frogs" which she found "quite disgusting".

Player
Darren , he is still a prince and a duke. He is no longer a working royal.

Darren
Know the answer but this is out of date and should be removed they no longer live in the UK and he&#39;s no longer a prince

Gill
Question is out of date ! Poor show ! Vanessa Peters
Think this question should be updated or deleted given that they now live in the States. Mary McAllister-Rees
They now live in the USA

deborahpmercer
I am not a massive fan of theirs, but they have been treated dreadfully by the appalling British tabloids with plenty of &quot;dog whistle&quot; comments about Megan. 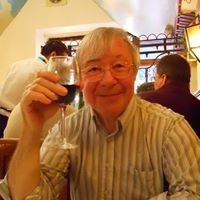 gillysamy
Kevin your 3 worded comment is pathetic. I get some people have negative opinions of the couple but at least justify what you say. They are hardly Mr and Mrs Hitler.

mungo
No they have moved to Canada.
Author:
Stevie G
Writer