"Skip" is the captain of a team in which sport?

Curling is a sport in which players slide stones on a sheet of ice toward a target area which is segmented into four concentric circles. Two teams, each with four players, take turns sliding heavy, polished granite rocks, also called "stones", across the "ice curling sheet" toward the "house", a circular target marked on the ice. Each team has eight stones, with each player throwing two. The purpose is to accumulate the highest score for a "game"; points are scored for the stones resting closest to the centre of the house at the conclusion of each "end", which is completed when both teams have thrown all of their stones. A game usually consists of eight or ten ends.

The "skip" is the captain of a team. The skip determines strategy, and holds the broom in the "house" (target area) to indicate where a teammate at the other end of the curling "sheet" (playing area) should aim the stone. The skip usually throws the last two stones in the fourth position, but may play in any other position.

The skip must also observe the opposition's gameplay and pinpoint their strengths and weakness to shape the team's strategy to put the opposition at the least advantage.

It is conventional to identify a team by the name of the skip.

Alan Waites
Skip is a shorten version of Skipper which means Captain for all team events including Military squads, and even civilian events

Frank Cowell
LillyCarol -- this is pathetic

Karen S. Wolf
Photo made this a “gimme”. 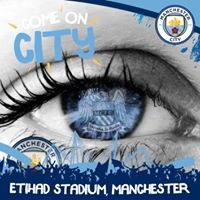 Lupe Hernandez
Thought it was a Carol question.

Phil Kennelty
Once again the picture gives the answer away. Jeff Webster
Yep. I’d say the picture of curling was a giveaway

Linda Dreher
The picture is the answer! DUD!!!!

Chris Braid
If I hadn&#39;t known the answer then the pic would have helped!

catclaws
Thanks for the answer! (I mean picture)

fdeisner
Bad Nora, Or maybe it is a show of protest as the question is okay but the choices are absurd.

David Stokes
And so many other sports, in charge of a boat (short for skipper) and Boy Scout troops

Howard Groopman
I love to watch curling, but once every four years is probably enough.
Author:
Lilly Nicolson
Writer