The 150 foot Kalyan Minaret is used to call Muslims to prayer. By what name is it also called?

The Kalyan minaret is a minaret of the Po-i-Kalyan mosque complex in Bukhara, Uzbekistan and one of the most prominent landmarks in the city. The minaret, designed by Bako, was built by the Qarakhanid ruler Mohammad Arslan Khan in 1127 to summon Muslims to prayer five times a day. It is 45.6 metres (149.61 ft) high (48 metres including the point), of 9 metres (29.53 ft) diameter at the bottom.

In times of war, warriors used the minaret as a watchtower to look out for enemies.

About a hundred years after its construction, the tower so impressed Genghis Khan that he ordered it to be spared when all around was destroyed by his men. It is also known as the Tower of Death, because until as recently as the early twentieth century criminals were executed by being thrown from the top.

Darlene Davidson
Death by tower is a form of execution. 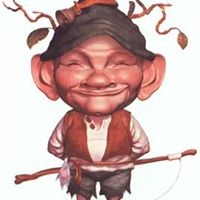