The Battle of Poitiers was a battle between which two nations?

The Battle of Poitiers was a major English victory in the Hundred Years' War. It was fought on 19 September 1356 in Nouaillé, near the city of Poitiers in Aquitaine, western France. Edward, the Black Prince, led an army of English, Welsh, Breton and Gascon troops, many of them veterans of the Battle of Crécy. They were attacked by a larger French force led by King John II of France, which included allied Scottish forces.

The French were heavily defeated; an English counter-attack captured King John II along with his youngest son and much of the French nobility. The effect of the defeat on France was catastrophic, leaving Dauphin Charles to rule the country. Charles faced populist revolts across the kingdom in the wake of the battle, which had destroyed the prestige of the French upper-class. The Edwardian phase of the war ended four years later in 1360, on favourable terms for England. 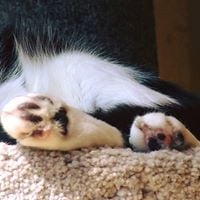 Howard Groopman
Of course France had to be one of the two, with a name like that. Uruguay as a choice? Sue Hardie
Lynn Ridenour, Excellent times for the English, in the main Although they were ruled by a family of French Extraction - The Plantagenets.

krkyates
Isn&#39;t all war terrible for the soldiers and glorious for the ruler class. Ron Harvey
In almost all &quot;battle between&quot; questions, if you have to guess England and France are a pretty good bet. Wayne Roberts
There aren’t many countries the English haven’t fought against!!!!! Including themselves! Kalil Asis Gasperi
That was at the end of the black death. Crazy

Nicholas Miernicki
Perfidious Albion vs. The Frogs. All it took was the Germans to make them fall in love all over again.