The Capitol Records Building in Hollywood has a light atop the tower that flashes a word in morse code 24/7. What is the message?

The Capitol Records Building, also known as the Capitol Records Tower, is a Hollywood Boulevard Commercial and Entertainment District building that is located in Hollywood, Los Angeles. The building is a thirteen-story tower that was designed by Welton Becket and is one of the city's landmarks. Construction occurred soon after British company EMI acquired Capitol Records in 1955, and was completed in April 1956. Located just north of the Hollywood and Vine intersection, the Capitol Records Tower houses the consolidation of Capitol Records' West Coast operations and is also home to the recording studios and echo chambers of Capitol Studios. The building is included on the List of Registered Historic Places in Los Angeles. The blinking light atop the tower spells out the word "Hollywood" in Morse code, and has done so since the building's opening in 1956.

William Laughlin
There is an error in the information provided. The message has not ALWAYS been &quot;Hollywood&quot; in Morse code. In June 1992, to celebrate Capitol Records&#39; 50th anniversary, the light blinked &quot;Capitol 50.&quot; In 1993 it was returned to its original message.

Emm Yo
Like....what else could the answer be😳?

ronwellings
William Laughlin, And you knew this information before or after you googled the answer?

jack patti go
Missed this one! 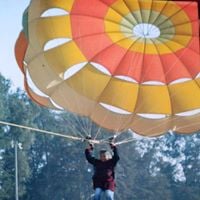 Dipti Sinha
Got it right by guess yeh 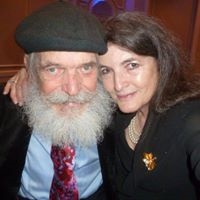 hector tubens
William Laughlin, thank you for your insightful information. 😎👍

Kathleen Sather
debbieoshea, what in the wide wide world of sports is goin on here?

Chriss Crockford
Like most people, I thought it would be music.

Mr.LaFaye
debbieoshea, maybe you smoke to much weed.

Sue Grayson
debbieoshea, This is related to the Capitol building, how?

debbieoshea
It is false Peter was never the pope ,all pope&#39;s where not to be married ,one of Jesus healings was on peters mother in-law. ,the Catholic devil worshippers lied yet again ,Peter was a man of God ,the pope&#39;s have all been and are men of the devil
Author:
Jim Redden
Writer