The Computing-Tabulating-Recording Company, the precursor to IBM, was founded on June 16, 1911. At its beginning, it was a merger of three manufacturing businesses, a product of the times orchestrated by the financier, Charles Flint. From these humble beginnings sprang the company that Thomas Watson Sr. would mold into a global force in technology, management and culture.In 1914, Flint hired Thomas Watson Sr. to run the company. It turned out to be an inspired move.By 1924, he renamed C-T-R with the more expansive name of International Business Machines.The computing scale and time clock businesses fell away. IBM grew to become the most significant player in every stage of the evolution of information technology over the 100 years after it was first formed.

Cheryl McMeekin
There&#39;s alot of history about this company.

Julie Brosz-Turney
That goes back a long way!

Marianne Frederick Halterman
In East Orange, NJ... and they originally sold business forms... How far we have come to today!

Annie
Why did I know that😳?

Char
After looking at my choices I just felt it had to be them.

L Lh Adams
I had a chance to buy IBM stock many years ago,but told my friend that I didn&#39;t think adding machines were going anywhere. I was very wrong!

docluci
Very close friend worked here for years, but my feelings about the company went down when he was dumped in his 50’s

drocket
IBM is a great company. Just wish it didn&#39;t sell tabulating cards to Germany before WW2 so the Jews weren&#39;t all identified so easily. The company needs to accept fault for their role in the Holocaust and yet they have said nothing about their role in regards to the Holocaust and never will. There was a lot of companies and even the Vatican that was complicit with the Nazi&#39;s. Most companies even the Swiss Banks have come clean but IBM never has said a word about their offices running out of Nazi Germany and the technology of the punched cards used there. I still liked the Starched White shirts with the black tie&#39;s that the Techs wore to their Support sites. Big blue is still #1 in my book. Heck with Google and Apple. If it weren&#39;t for the big IRON these companies wouldn&#39;t be here now! IBM landed man on the Moon! Three cheers to Big Blue!

Carol Longo
Kevin Sparrow, me too. 30 great years. I miss those dsys. 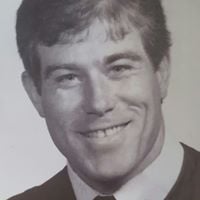