The flag of Tajikistan is a tricolour of red, white, and green. The red represents the unity of the nation as well as victory and sunrise. The red also serves as symbolism of the former Russian and Soviet eras,the workers,and the warriors who sacrificed their lives to protect the land. The white represents purity, morality, the snow and ice of the mountains, and cotton. The green represents the bountiful generosity of nature, fertile valleys, the religion of Islam, and the celebration of Novruz. Other interpretations of the colours state that the flag symbolically unifies the people of Tajik society, with the red stripe representing the manual labour class, the white stripe representing the intellectual worker class, and the green representing the agricultural class living in Tajikistan's rural or mountainous regions.

While the red and green stripes on the top and bottom are equal in size, the center stripe is one-and-a-half times that of the others.

The crown and stars are set in a rectangle taking up 80% of the white stripe's height. The crown represents the Tajik people, as the name Tajik is connected with Persian tâj "crown" in popular etymology.The flag of Tajikistan features seven stars due to the significance of the number seven in Tajik traditional legends, representing perfection and happiness. According to traditional belief, the heavens feature seven mountains and seven orchard gardens with a star shining above each mountain. 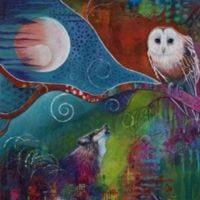