The Kola Superdeep Borehole is the deepest hole in the world. How deep is it?

The Kola Superdeep Borehole is the result of a scientific drilling project of the former Soviet Union (now Russia) in the Pechengsky District, on the Kola Peninsula. The project attempted to drill as deep as possible into the Earth's crust. Drilling began on 24 May, 1970 using the Uralmash-4E, and later the Uralmash-15000 series drilling rig. A number of boreholes were drilled by branching from a central hole. The deepest, SG-3, reached 40,230 ft in 1989. In terms of true depth, it is the deepest hole and artificial point on earth.

Nicholas Miernicki
Anthony Mazzariello, I thought it might be diamond mine in Siberia.

Wendy Petty
The picture compromises most of our guesses.

Sean Philips
Jacqueline Tattam, thank you from the rest of the world

SeasonedAngel
Wonder why they quit drilling? ;-) 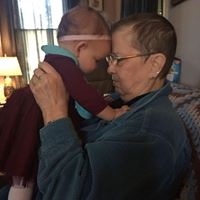 Donna Lockwood Perras
Don Bergemann, Is that how you get your answers? I don’t cheat and I got it right. Norm Ireland
All reference sources are in metric. Wouldn’t it be appropriate for Americans to do the same!

Boyd Tracy
Totally a guess. Figured it would be big but not the biggest