The lines "Come what come may/ Time and the hour runs through the roughest day" are from which play?

The lines "Come what come may/ Time and the hour runs through the roughest day" are from William Shakespeare's play "Macbeth". This quote is directly from "Macbeth" in Act 1 Scene 3 in lines 146-147. The lines have been interpreted by fans and critics to mean "one way or another, what's going to happen is going to happen". Here, Macbeth recites versions of two popular proverbs.

After hearing the witches prophesy that he'll become king, Macbeth pushes thoughts of "murder" from his mind and says he won't lift a finger against the present king —instead, he'll leave his future to "chance." Too bad that resolution on behalf of Macbeth doesn't last. 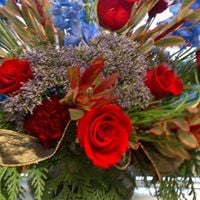 Irma Rivera
Macbeth it is!!!

jack patti go
By George! I got it!

Richard G Schwartz
Robert so did i.