The mother of Bob Marley's son Damien, won which competition in 1976?

Cynthia Jean Cameron Breakspeare (born October 24, 1954) — known as Cindy Breakspeare jazz singer, musician and former model. Breakspeare was crowned Miss World 1976. Breakspeare is the mother of reggae musician Damian Marley, through her relationship with Bob Marley, who remained married to Rita Marley until his death. Bob Marley is said to have written the song "Turn your lights down low" about her.

Breakspeare was born in Toronto, Ontario, Canada, to a Jamaican father, Louis Breakspeare, who was a British-Jamaican of multiracial ancestry, and a white Canadian mother of British origin, Marguerite Cochrane. She has three brothers and one sister.

Breakspeare moved to Jamaica when she was four years old, and attended the Immaculate Conception High School, graduating in 1973. As a teenager, she participated in beauty pageants, including Miss Jamaica Body Beautiful and Miss Universe Bikini. She was invited to participate in the Miss World competition in 1976 held in London, and won the title on November 19, 1976, becoming the second Jamaican to do so. 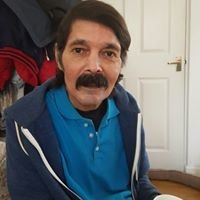 Rodney Wilkinson
Could have spelt the boy&#39;s name correctly !!!