In which state is the naval base Pearl Harbor located?

Pearl Harbor is a lagoon harbor on the island of Oahu, Hawaii, west of Honolulu. Much of the harbor and surrounding lands is a United States Navy deep-water naval base. It is also the headquarters of the United States Pacific Fleet. The U.S. government first obtained exclusive use of the inlet and right to maintain a repair and coaling station for ships here in 1887.

This place is well-known for the Battle of Pearl Harbor, which became a cause of the United States' entry into WWII. On the morning of the 7th of December, 1941, the empire of Japan launched an attack on American bases without warning. 2,335 American servicemen died during the attack. The next day after the battle the US declared war on Japan, and several days after Italy and Germany declared war on the US. Some historians believe that American government and British government as well knew about the attack and did nothing to prevent it for the purpose of entering the war. Anyway, most scholars and researchers usually reject such a theory.

What are your thoughts on this subject?
147 Comments Neil Skinner
Was that question aimed at the under 30&#39;s or those that are historically &amp; geographically challenged ? Maureen Stewart
Robert LaFaye I come from New Zealand and would be appalled if any young people under 30 in NZ did not know the answer to this question. Part of the core curriculum in NZ are the events leading up to WWII, including what brought USA into the war at the end of 1941.

Michael L Reinhardt
I&#39;m really glad more than 90% of the people who answered got this right. The ones who got it wrong need to go back to school. Keith Petrie
Maureen Stewart Then unfortunately your school system does a better job of instructing your students than ours does. They probably also don&#39;t put their liberal swing on it either. You should know where the majority of teachers in this country stand on American Nationalism. and a strong military. God Bless the Kiwis!

Danny More
if you don&#39;t know this. PLease go back to school. 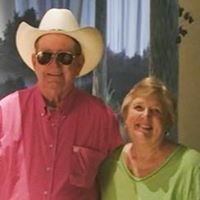 Sharon Arwine Harris
Going back to school won&#39;t help. They are too busy teaching how bad the USA is to worry about history.

littleforest
Michael L Reinhardt, Agreed, least we forget histories lessons, and doom ourselves to repeat it.

littleforest
I was born on Oahu, and raised in Pearl City on the outskirts of the harbour. My family were eyewitnesses to the Pearl Harbour attack on December 7th 1941. I grew up seeing the construction of the Arizona Memorial and have been on it twice in the 60&#39;s. None of this are good memories.

dkeegps
LOL people who answered Colorado, which is a landlocked state. Need to retake history and geography.

patricia fleck
Neil Skinner, I believe it was aimed at American citizens who know the history of their country.

creatordkt
diananicely, try waiting a couple of seconds to let the screen settle down. Good luck!

creatordkt
Jim Moser , depends on whether you&#39;re using spell check or not! Joanne Kearns
JHi, As is my cousin.

daproske
You have to answer the easy ones to get to the hard ones! I always like learning something new... This wasn&#39;t it. Robert Farris Richey
I was born eleven days after the attack on Pearl Harbor. I&#39;ve always told my kids and grandkids they will know how old I&#39;ll be on my birthday if they just pay attention to the news.

helene y
I got it . And was there it was very emotional time .

dan dtlp
I touched the wrong button by accident

JHi
My neighbor&#39;s son is in the Arizona. The whole neighborhood knew that and had their flags out during the DAY(another point that the under 30s don&#39;t practice) during all the officially proclaimed DAYS of the year, of which there are many. BTW, back then everyone had either a flag pole or flag holder (attached to the house) for such occasions.

lyndy
Like did you never listen to your history? So easy

diananicely
This app is pissing me off..it jumps when you go to answer and makes you choose the wrong answer. At least 7 times so far