The novel originally titled "The Last Man in Europe" was eventually published as…?

Nineteen Eighty-Four is a dystopian novel by English author George Orwell published in 1949. The novel is set in Airstrip One (formerly known as Great Britain), a province of the superstate Oceania in a world of perpetual war, omnipresent government surveillance and public manipulation, dictated by a political system euphemistically named English Socialism under the control of a privileged elite of the Inner Party, that persecutes individualism and independent thinking as "thoughtcrime." The Last Man in Europe was an early title for the novel but in a letter dated 22 October 1948 to his publisher Fredric Warburg, eight months before publication, Orwell wrote about hesitating between The Last Man in Europe and Nineteen Eighty-Four. Warburg suggested changing the main title to a more commercial one. Maureen Whitehall
1984 was a good year alround, wasn’t it. 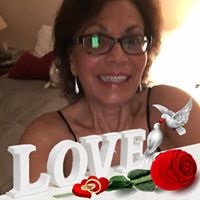 Yvette Malavet-Blum
I read it and missed the answer :(

ninakamwene
I have read 1984 and still missed the correct answer.