The ponderosa pine is the state tree of which U.S. state?

'Pinus ponderosa', commonly known as the ponderosa pine, bull pine, blackjack pine, or western yellow-pine, is a very large pine tree species of variable habitat native to the western United States and Canada. It is the most widely distributed pine species in North America.

Pinus ponderosa grows in various erect forms from British Columbia southward and eastward through 16 western U.S. states and has been successfully introduced in temperate regions of Europe. It was first documented in modern science in 1826 in eastern Washington near present-day Spokane (of which it is the official city tree). On that occasion, David Douglas misidentified it as 'Pinus resinosa' (red pine). In 1829, Douglas concluded that he had a new pine among his specimens and coined the name Pinus ponderosa for its heavy wood. In 1836, it was formally named and described by Charles Lawson, a Scottish nurseryman. It is the official state tree of Montana.

Gold Toy Box
Thought it was Nevada until I seen the possible answers. Bonanza TV show 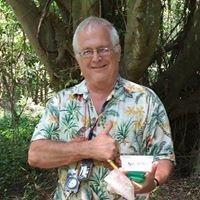 Don Woodworth
Came down to a fifty fifty for me knew that Washington&#39;s is the Western Hemlock and South Dakota is the telephone pole.

Cheryl Perkins
We have too many Pinus Radiata in New Zealand.
Author:
Stevie G
Writer