The Simpsons predicted the presidency of Donald Trump in 2000.

It was somewhat of a throwaway line at the time, but make no mistake, it was included very much on purpose.

The now infamous "Bart to the Future" episode of "The Simpsons," which aired almost exactly 16 years ago, on March 19, 2000, predicted a Donald Trump presidency. The outlook was not bright.

"It was a warning to America," writer Dan Greaney tells The Hollywood Reporter.

He adds: "And that just seemed like the logical last stop before hitting bottom. It was pitched because it was consistent with the vision of America going insane."

Mother of Dogs
And now the USA has a president whois either mentally deficient or has dementia.

Gerald Woerner
Isis on the decline, record stock market, North Korea at bargaining table. He&#39;s got a big mouth, but is living up to his campaign promises.

ninakamwene
Got it, and yes! America has gone in-sane!

Robert Oldenburg
Another prediction, in the late 60s Rowan and Martin’s Laugh In predicted Ronald Reagan as president. 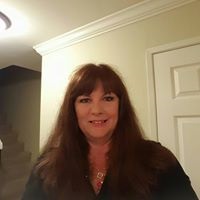 Terri Moran
Oh please. He has neither. He has a hard road ahead.

Gery Tillmanns
Bill Coe, agree. The day he decided to run, I told my American wife, “Theres your next president!” Douglas Oaten
Amazingly, the Simpsons &quot;predicted&quot; other events as well Carrol Halliwell
I used to think America was the greatest country, now I think it&#39;s awful. What a mess!

Chris Brown
For me, &quot;the Simpsons&quot; is one of the worst programmes ever but each to his/her own. 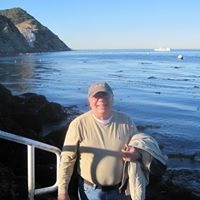 Michael Taylor
Mark Bonetsky, why not? He was an excellent president.

greenteresa
Mother of Dogs, We are in So much trouble. The other countries are laughing at us!!

erik hughes
Mother of Dogs, neither. He has a speech impediment. He is SO much better than Mr. &quot;Woman, Man, Person, Camera, TV&quot; as his proof the he is &quot;a very stable genius&quot;.

kite005
Brian Howe, Quite the opposite, worst president in history.

kite005
Gerald Woerner, He did practically nothing of any consequence.

kite005
Mother of Dogs, Not quite. 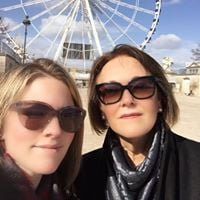 Colin McPherson
Is that where the saying, &quot;Prophets of Doom&quot;, came from?

Wendy Wilkins Valdez
Gerald Woerner, three out of how many? And how does a stock market rise benefit the vast majority of Americans? North Korea didn&#39;t bargain. Kim played him like a cat chasing the red dot, and he never even saw it. He looked like a fool (we&#39;re in love).

Wendy Wilkins Valdez
Mother of Dogs, No. He was voted out. Voted thankfully BEFORE he finished his destruction of America.

Wendy Wilkins Valdez
They could at least change the ago years to fit current times.