Jack Broughton developed the first set of formalized rules for boxing in 1743, with the goal of making boxing more of a civilized competition. The impetus for these rules came, in part, from Broughton’s defeat of George Stevenson, who suffered severe injuries and died a few days after the pair’s fight.Broughton Rules loosely governed most boxing matches for nearly a century before they were replaced by the London Prize Ring Rules in 1838. Notable to the topic at hand, among these new rules can be found the following:

That the ring shall be made on turf, and shall be four-and-twenty feet square, formed of eight stakes and ropes, the latter extending in double lines, the uppermost line being four feet from the ground, and the lower two feet from the ground. That in the center of the ring a mark be formed, to be termed a scratch; and that at two opposite corners, as may be selected, spaces be enclosed by other marks sufficiently large for the reception of the seconds and bottle-holders, to be entitled ‘the corners.’

Although by these rules the boxing ring was no longer circular, the term ‘ring’ was so ingrained in boxing vernacular that it remained after the ring became square, sometimes being referred to as the “squared circle.”

Leapy Lee
Your explanation is interesting, but it doesn’t actually explain your question. Cynthia Darlene Arnold
I just remembered early photos of boxing matches without any of today&#39;s &quot;rings&quot;. Just men standing in a &quot;circle&quot; cheering them on.

Jacqueline Tattam
There is no explanation of the answer - when was it actually a ring?

Kevin Somerville Weir
&quot;The name &quot;ring&quot; is a relic from when contests were fought in a roughly drawn circle on the ground. The name ring continued with the London Prize Ring Rules in 1743, which specified a small circle in the centre of the fight area where the boxers met at the start of each round. The first square ring was introduced by the Pugilistic Society in 1838. That ring was specified as 24 feet (7.3 m) square and bound by two ropes. For these and other reasons, the boxing ring is commonly referred to as the &quot;squared circle&quot;. The term &quot;ringside seat&quot; dates as far back as the 1860s&quot; (Wikipedia, s.v.&quot;Boxing Ring&quot;). 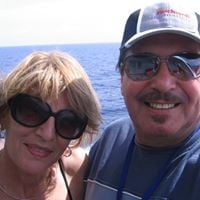 Robert Aguilar
wrestling and kick boxing began in a ring in the old days.

DIVER DEAN
Very interesting. Knowing about the Marquis of Queensbury rules I delved deeper into the subject to discover the facts. 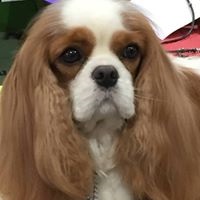 Alexandra Bubb
What about the Queensbury rules?

Andy the educated troglodyte
mmbyrd, eat a lot of Lions do you ?

edwardvesteve
Not a fair question.In its origins boxing was on an undefined surface.its only confines were the observers surrounding it.Never was it defined as a circle and only when codified was ir refered to a ring but described as a &quot;Square&quot;.

Jim Adams
Eight stakes and a rope make an octagon not a ring. Your answer is wrong. I can call a mouse an elephant but it’s still a mouse. The same applies to calling an octagon a ring.

Christine Gardner
No reference to the origin of the &quot;ring&quot; ?? The name &quot;ring&quot; is a relic from when contests were fought in a roughly drawn circle on the ground. The first sq ring was introduced by the Pugilistic Society in 1838. That ring was specified as 24 feet (7.3 m) sq and bound by two ropes. tdelisi
edusido, Your constant whining about the same issue, ad nauseam, is even worse than the issue about which you complain. Move on or go elsewhere, maybe some other place where you can bore a new set of people.

Chrissy Krainock Luders
Wrong answer. It was never a ring except a circle of people would gather around to watch a fight. Broughton&#39;s rules just defined a square size to keep the crowds back, it was never built as a ring.