True or false: There are more than 1.5 million ants for every person on earth.

Scientists estimate there are at least 1.5 million ants on the planet for every human being. Over 12,000 species of ants are known to exist, on every continent except Antarctica. Most live in tropical regions. A single acre of Amazon rainforest may house 3.5 million ants.

Ants are very strong, they are capable of carrying objects 50 times their body weight with their mandibles.

Ants evolved some during the early Cretaceous period. Most fossil evidence of insects is found in lumps of ancient amber, or fossilized plant resin. The oldest known ant fossil (a primitive and now extinct ant species named "Sphercomyrma freyi") was found in Cliffwood Beach, NJ.

ladymalta
NOah could have been more choosy on who he let board the ark. 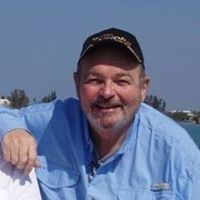 javajim
That means about 10 million ants at the average picnic

Sandra
gsimonneg, if they can tell you how far it is from Earth to the Moon I can&#39;t see why they can&#39;t tell you how many ants there could be.lol

Sandra
I am from Florida and I&#39;ve seen any hills as a child and I mean they were really big and if he stepped on one 100 and 1000 would come running out all over the place and I&#39;m talking about these bad ants you know the red ants that bite like crazy

lktiedge
I pushed true but it said I pushed false!

mlr
I wonder how many uncles there are!

kathyrobertson
There will be aunts at the end of time

c brinkley
Outside is fine but when cooler weather and rain begins I really wish they would stay outside and not in my kitchen/bathroom. The answer is white vinegar/water sprayed on all water sources: pipes behind toilet etc. Better than using insecticide and better for you and your home.

segarolow
Keep in mind. We need them. Yup. Without them. We would be SOL.

gridirongreen
I knew this to be true because I counted the legs on all ants and divided by 6. Christine Cottenham
I can believe that can’t get rid of the buggers.
Author:
blkstang
Writer