Two of Charles Dickens' novels were set against the backdrop of dramatic historical events. One was "A Tale of Two Cities". What was the other?

Barnaby Rudge is a historical novel by British novelist Charles Dickens; it is largely set during the Gordon Riots of 1780. Barnaby Rudge was the fifth of Dickens' novels to be published. It had originally been planned to appear as his first, but changes of publisher led to many delays, and it first appeared in serial form in the Clock from February to November 1841. Barnaby Rudge was Dickens' first historical novel. His only other is the much later A Tale of Two Cities, also set in revolutionary times. It is one of his less popular novels and has rarely been adapted for film or television. The last production was a 1960 BBC production; prior to that, silent films were made in 1911 and 1915.

Jerry Edwards
Marian Spitzig, I think the explanation is quite appropriate. It states the other historical event! The author is well within their rights to go no further. If you wish to know more, there are plenty of references that you can choose from!

Jerry Edwards
Marian Spitzig, PS. The author, FCOWELL, has composed 756 questions to this point. How many have you? Even I&#39;ve done more, and I&#39;ve only done ONE! Another case of participation not compilation!

kostenerson
thought I&#39;d read all of Dickens novels. off to the book store.. Frank Cowell
Keely Anne Williams, but (I think) no-one has yet thought of making it into a film...

Frank Cowell
hector tubens, Much appreciat4ed! Actually the book is a good read. 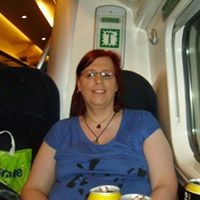 Keely Anne Williams
By coincidence, I am reading this at the moment,featuring the infamous &#39;No Popery&#39; riots also includes a romance, treachery, heroism, an unsolved murder and a raven called Grip.

Judy Wilson
I’ve never heard about that one before!

larrywagner
Missed this one by a mile, never had the chance to read that one. I&#39;ll have to take a trip to the library.

hector tubens
Not familiar with the Gordon Riots. Will have to brush up and read about it. Thank you, fcowell. 😎👍
Author:
Frank Cowell
Writer