At about 09:20 on 31 October 1984, Indira Gandhi, the incumbent Prime Minister of India was on her way to be interviewed by British actor Peter Ustinov, who was filming a documentary for Irish television. She was walking through the garden of the Prime Minister's Residence at No. 1, Safdarjung Road in New Delhi towards the neighbouring 1 Akbar Road office. As she passed a wicket gate guarded by Satwant Singh and Beant Singh, the two opened fire. Sub-Inspector Beant Singh fired three rounds into her abdomen from his sidearm. Satwant Singh then fired 30 rounds from his Sten gun into her after she had fallen to the ground. After the shooting, both threw their weapons down and Beant Singh said "I have done what I had to do. You do what you want to do." In the next six minutes Tarsem Singh Jamwal and Ram Saran, soldiers in the Indo-Tibetan Border Police, captured and killed Beant Singh in a separate room because Beant Singh allegedly tried to pull a gun on the officers in the room. Satwant Singh was arrested by Gandhi's other bodyguards along with an accomplice trying to escape, and was seriously wounded in the attack initiated by Beant Singh.Satwant Singh was hanged in 1989 with accomplice Kehar Singh.

Albert
The curse of Yes/True has struck again!!!

Albert
Shouldn&#39;t it be - Was the Indian Prime Minister Mrs. Indira Gandhi assassinated?

joycekingsmith
silrem, What is the whole story? I&#39;m sorry but l was busy raising kids, chasing an errant husband, working a fulltime job...etc.

allysweets
silrem, would it have been better if you had written it?

Fran
I didn&#39;t know that. So, I learned something new today. Yay!

Bridy4u
They were not practicing Sikhs, littledick, they were cowards impersonating people of faith— like republican senators praying around their neon orange god that they made

littledick
I remember quite well the assassination. Judging by the surnames of the assassins, I assume they were both Sikhs.

jack patti go
Oh no! Had no idea!

silrem
This was not trivia but a momentous crime of worldwide impact. The written description of the aftermath is disjointed and should have also included more information on the whole story.

James Gardner
I remember the assassination a pity one of the perpetrators had to be killed before justice was served. They both deserved to be executed 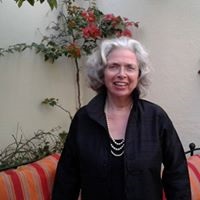 Kathleen B. Nicoletti
I didn&#39;t know that.
Author:
shanthi
Writer