Were the two fleets of Kublai Khan, which were made to invade Japan, destroyed by kamikaze?

The Kamikaze (神風, Japanese for divine wind), were two winds or storms that are said to have saved Japan from two Mongol fleets under Kublai Khan. These fleets attacked Japan in 1274 and again in 1281. Due to growth of Zen Buddhism among Samurai at the time, these were the first events where the typhoons were described as "divine wind" as much by their timing as by their force. Since Man'yōshū, the word kamikaze has been used as a Makurakotoba of waka introducing Ise Grand Shrine.

The name given to the storm, kamikaze, was later used during World War II as nationalist propaganda for suicide attacks by Japanese pilots. The metaphor meant that the pilots were to be the "Divine Wind" that would again sweep the enemy from the seas. This use of kamikaze has come to be the common meaning of the word in English.

William Laughlin
To this day, it is still difficult to say either &quot;yes&quot; OR &quot;no&quot; to this queston with any fair amount of certainty. Historians and scientists acknowledge the possibility of storms, but the jury is still out as to a conclusive cause for the loss of the Khan&#39;s defeat. http://news.nationalgeographic.com/news/2014/11/141104-kamikaze-kublai-khan-winds-typhoon-japan-invasion/

Martha McDowell
The way this question was worded was confusing to me. I had to read it over and over

mapiferuk
Chris Brown, it’s the picture what made it confusing, probably on purpose

Bank-Robber
It seems like all the yes or no questions....usually always the answered is &quot;Yes&quot;!!!

ed
Only made this connection because of a &#39;Black Sheep&#39; rerun I saw recently...the Japanese pilot in charge was portrayed as saying his group would be like the &quot;divine winds&quot;...a little poetic license at work no doubt.

Cheryl McMeekin
I got the jist of the question, to answer correctly. 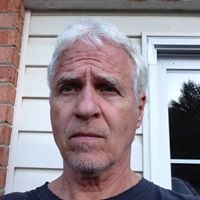 rrb rb
Kamikaze, sounds like last Wednesday at the capital!

Albert
The curse of true has struck again.

Maia
Since the word &quot;kamikaze&quot; has two meanings, this question is not valid!

Kat
Unfortunately, including a photo of a plane (i.e. Kamikaze pilot) was quite misleading, as Kublai Khan&#39;s fleet couldn&#39;t have been destroyed by them in 1281.

Joanne Serin
William Laughlin, maybe, but since it&#39;s a yes/no question, it&#39;s a good bet that the answer is yes.

Andy the educated troglodyte
Teresa Green, you are bang-on correct.